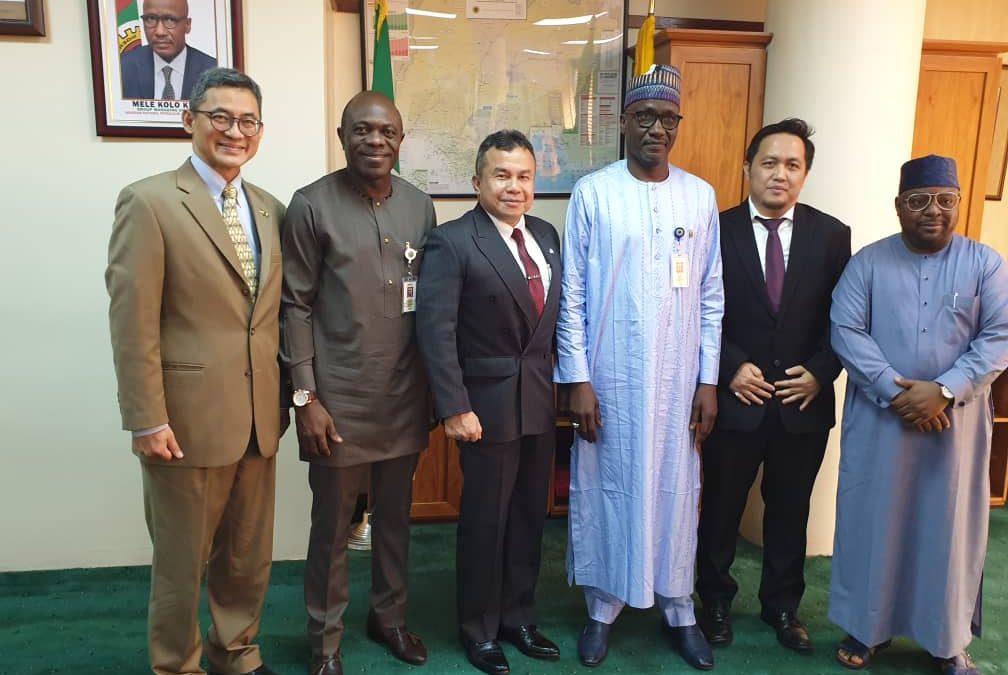 The Nigerian embassy in Abuja in collaboration with the Indonesian Trade Promotion Center (ITPC) in Lagos organized a special dinner for the Nigerian Indonesian Chamber of Commerce and Industry (NICCI) delegation to the Trade Expo Indonesia 2018 in ICE – BSD City, Jakarta, Indonesia.

The dinner was celebrated in the presence of Indonesia’s Ambassador to Nigeria, His Excellency, Mr. Harry Purwanto. 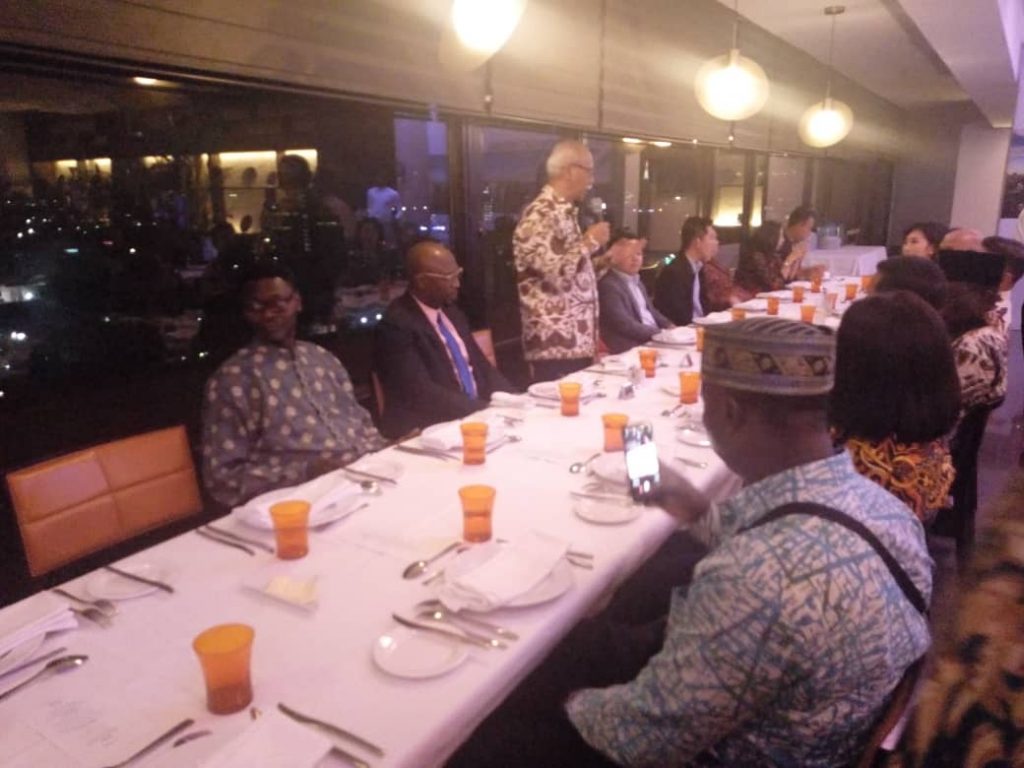 The Ambassador himself gave one of the opening remarks at the dinner, suggesting that the event was a reflection of the strong ties between the Republic of Indonesia and Nigeria and that it will help expand trade, enhance diplomacy, broaden cultural understanding, and deepen the friendship between both nations.

The President of the Nigerian Indonesian Chamber, Mr. Ishmael Balogun was the first speaker of the night and he extended a warm welcome to guests and said he was pleased the links between the two countries were being strengthened. 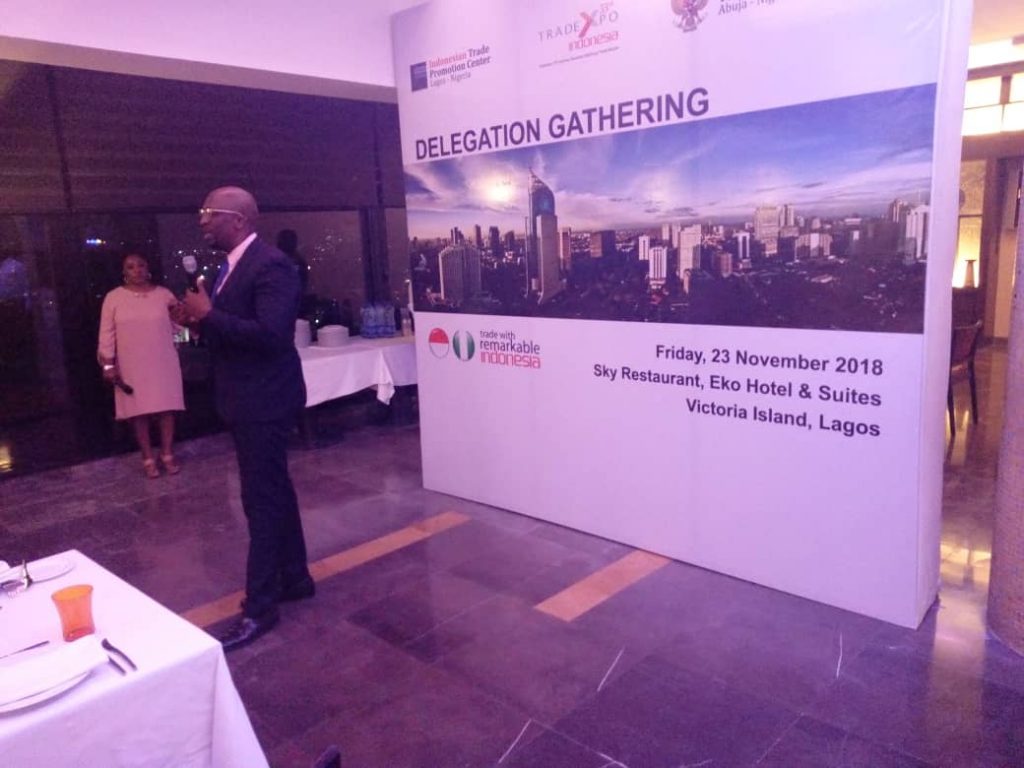 Mr. Bagus Wicaksena, the Director of the Indonesian Trade Promotion Center in Lagos on behalf of the Indonesian business agency in Nigeria applauded the chamber for the tremendous efforts at the Trade Expo Indonesia 2018.

The event provided a window of opportunity for the members of the Nigerian delegation to convey their first-hand experience of their business visit to Indonesia.

Mr & Mrs Fowora who were part of the delegation to the expo specially commended the NICCI team about their organization and planning of the trip to Indonesia. The couple confirmed the wealth of opportunities in Indonesia and revealed they would be making a second trip to Indonesia in the nearest future. Mr. Adeshina Adeyemi of PATEC Group in Lagos was impressed with the chamber on their facilitation of the trip and revealed he was excited about the potential of the south-east Asian nation. They were also additional testimonials from several members of the delegation. 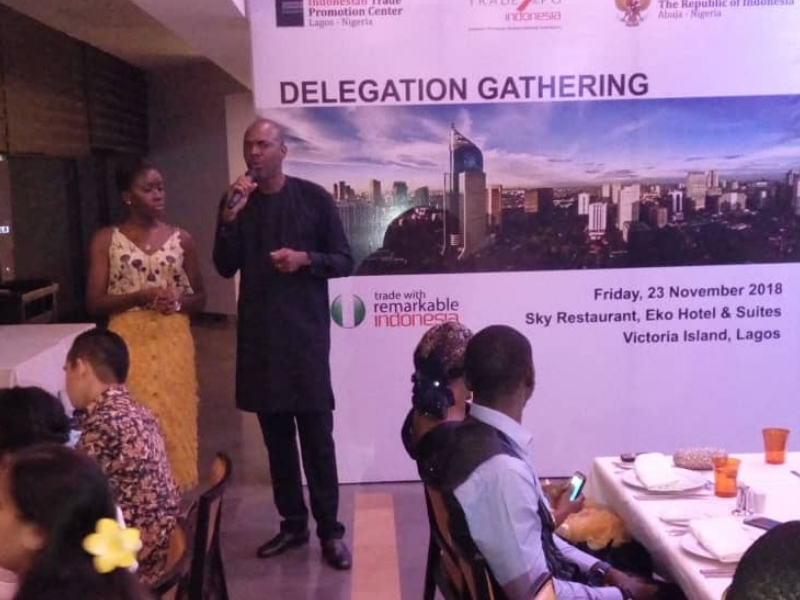 Mr. Adeboye & Mrs. Fowora of Nigerian based Inu Design during their testimonials

The event was attended by the directors of the Nigerian Indonesian Chamber, ITPC Lagos, Indonesian embassy, and the representatives of the Indonesian companies that exhibited at the three-day Beauty West Africa Expo at the Landmark Center, Lagos which ended on Friday, November 23rd, 2018.